MANAGEMENT BOARD OF THE INTERNATIONAL CENTER OF PUBLIC FINANCE AND TAX LAW RESEARCH: 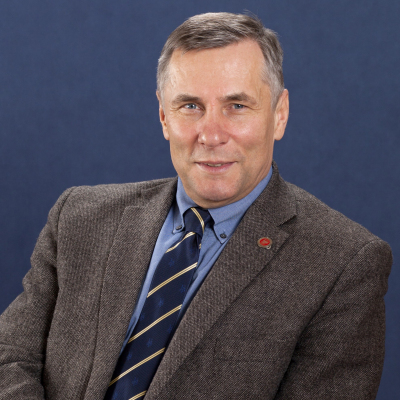 PRESIDENT OF THE BOARD 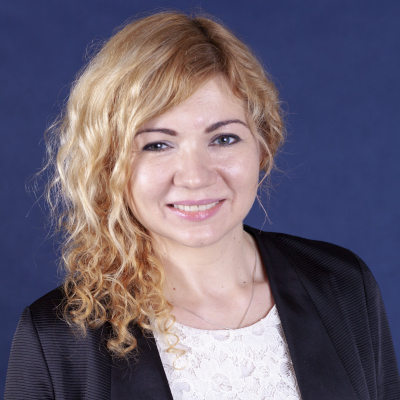 FIRST VICE-PRESIDENT OF THE MANAGEMENT BOARD

Assistant professor at the Department of Public Finance Law and Financial Law at the Faculty of Law of the University of Białystok. Author of the doctoral dissertation on the legal structure, implementation and implementation of the task budget in France and Poland, and the habilitation dissertation on the protection of the common good through the civic (participatory) budget - axiological and legal study. A graduate of Law and French Philology at the Faculty of Law of the University of Bialystok, Applied Linguistics at the University of Warsaw, Law and Public Finance Management at the University of Paris 1, Panthéon-Sorbonne. Scholarship holder of the Foundation for Polish Science (scholarship for outstanding young scientists at the beginning of their scientific career in 2014-2015), the Polish Ministry of Science and Higher Education (scholarship for outstanding young scientists in 2014-2017) and the French Ministry of Foreign Affairs (Bourse Eiffel scholarship) in the years 2009-2010. Director of the Sonata and Preludium grants, the main contractor of the promoter’s grant, as well as the contractor of two research projects led by prof. Eugeniusz Ruśkowski - financed by the Polish National Science Center. Author of over ninety publications in the field of public finance and financial law, also in an interdisciplinary perspective. Speaker at international conferences in Poland, the United States, Australia, China, the Czech Republic, the Netherlands, Denmark, France, Norway, Italy, Hungary and Belarus. Head and lecturer of the French Law School at the Faculty of Law of the University of Bialystok, member of the Editorial Board of “Bialystok Legal Studies”. More information is available on her website at www.uzawadzka@org. 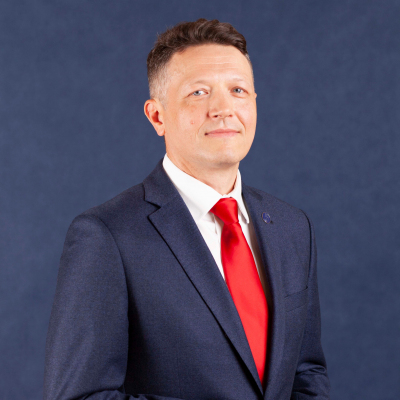 SECOND  VICE-PRESIDENT OF THE MANAGEMENT BOARD

He studied law at Faculty of Law, University of Bialystok (Poland) and since his graduation in 1999, he has worked at the same faculty as a university teacher. He successfully concluded his doctoral studies in 2003, when he defended his doctoral thesis titled “Local Tax Law”. In 2013 he successfully concluded his postdoctoral degree (habilitation) proceedings based on three of his publications: “Tax resolutions in the regional supervision of chambers of accountants”, “Tax refund institutions. Legal nature and functioning” and “Meditations around the institutions of tax refund”. One year later, in 2014 he obtained an LL.M degree from the Michigan State University College of Law. In 2020 he received the professorship title granted by the President of the Republic of Poland. Since 2019 he has been serving as the Dean of the Faculty of Law, University of Bialystok. Professor Popławski specializes in tax law and he is the author of over 200 books and articles. He publishes his scientific works in national and international journals and monographies. He has completed many projects and prepared many expert opinions in the field of tax law and has presented his scientific findings at various national and international conferences (i.e. in Budapest, Gdansk, Gdynia, Bialystok, Gyor, Brno). He lectured at the Louyang Normal University in China (2017), where he received the title of honorary professor from the Rector of the University, as well as at the North University, China (2018). Between 2014 and 2019, he was a member of the General Tax Law Codification Committee, appointed by the Prime Minister of Poland. Nowadays he is, inter alia, a member of the Editorial Board of the journal “Institutiones Administrationis”, of the Central and Eastern European Society of Administrative Sciences and a member of the Scientific Council of the Polish Spokesperson for Small and Medium-sized Enterprises. In 2020 he was presented with a Bialystok Chamber of Commerce and Industry award for the contribution to the promotion of mediation. 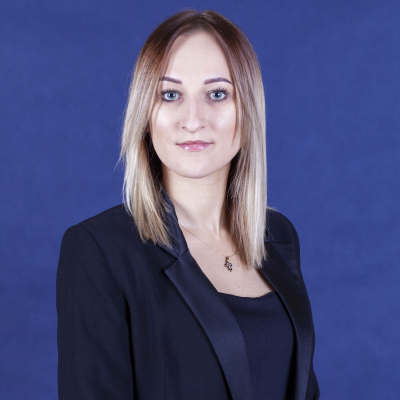 SECRETARY OF THE MANAGEMENT BOARD 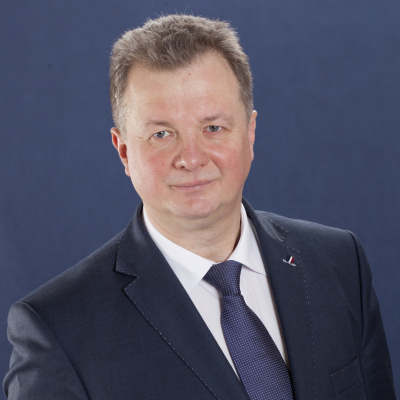 Employed at the Department of Public Finance and Financial Law at the Faculty of Law of the University of Bialystok. From 2008 to 2017, he conducted research on tax procedures in Poland and in selected European countries. As part of this research, he carried out previously planned trips to countries (cities): France (Paris), Great Britain (London, Bristol), Ukraine (Lviv, Kiev, Kharkiv), Lithuania (Vilnius), Germany (Berlin, Cottbus, Freiburg), Switzerland (Basel), Austria (Vienna), Belarus (Grodno), Russia (Voronezh, Moscow), Czech Republic (Brno). During the trips, research material was collected, which was used in the form of book publications (S. Presnarowicz, Tax proceedings. Checking activities. (In:) Tax law. Outline of the lecture, Leonard Etel (ed.) Warsaw 2013; S. Presnarowicz, Zaskarżanie decision tax in Poland, Białystok 2014, S. Presnarovič, Finansovye stran Central’noj and Vostočnoj Evropy procedures, edited by S. Presnarovič, Białystok 2013), articles (E. Ruśkovski, S. Presnarovicz, J. Czernikova, Prablemy nalogovo pravopriminienia in Republic of Poland and Russian Federation, in: Sovremienoje Pravo, Moskva 2014, No. 4) and many papers presented at national and foreign conferences. Since 2000, he has been an active member of the Association of Information Center and Organization of Public Finance Research and Tax Law of Central and Eastern European Countries. Since 2012, he has lectured at the Vilnius branch of the University of Bialystok. In 2010-2014, he completed a habilitation grant, as part of which he published a book on “Complaining tax decisions in Poland”, Białystok 2014. In 2015, he obtained the title of habilitated doctor in legal sciences. He is currently conducting research preparing a monograph on “Tax disputes in Poland and Lithuania”. On March 5, 2013, he was appointed to the position of a judge of the Supreme Administrative Court in Warsaw, where he currently adjudicates in Division III of the Financial Chamber. 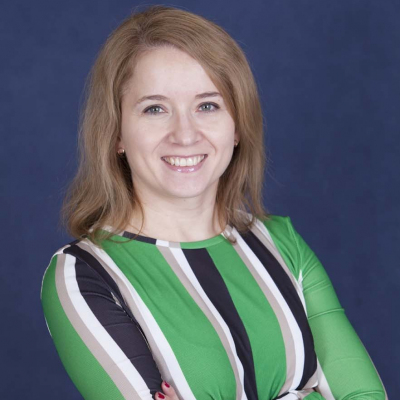 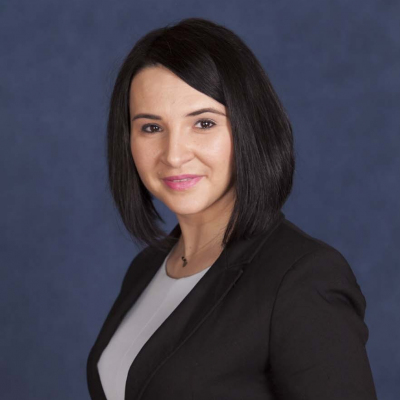 Assistant professor at the Department of Public Finance and Financial Law, Faculty of Law, University of Białystok. Author of scientific publications in the field of public finances and financial law, including instruments for reducing public debt, participatory budgeting, and tax incentives. Editor-in-chief of the “Annual Center Review” journal and secretary of the editorial board of the “Bialystok Legal Studies” journal. Member of the regional committee adjudicating on violation of public finance discipline and the college of the Regional Audit Chamber in Białystok. 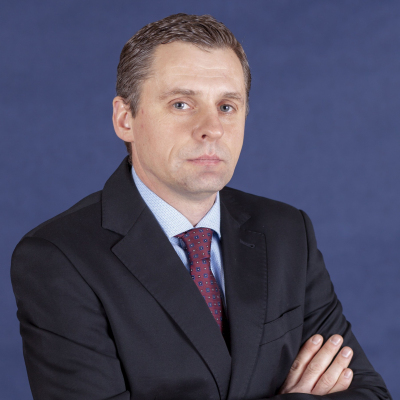 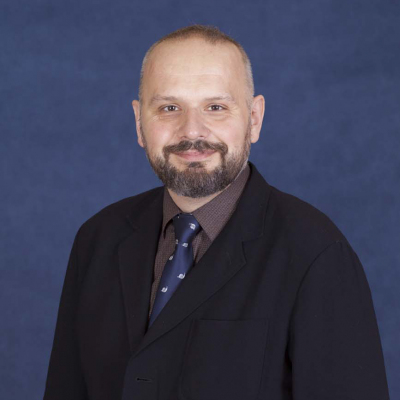 Assistant professor at the Department of Public Finance and Financial Law, graduate of MA and PhD studies at the Faculty of Law of the University of Białystok. In 2008, he defended a dissertation on the problems of controlling the establishment and application of tax law by the Human Rights Defender and the Constitutional Tribunal, written under the supervision of prof. dr hab. Eugeniusz Ruśkowski at the Department of Public Finance and Financial Law. She was honoured with the  Higher School of Public Administration in Białystok Rector’s award. Author of over 80 scientific publications on the protection of taxpayers’ rights, the implementation of the state budget, the functioning of the National Revenue Administration and the history of human rights and the history of science, the total Impact Factor of which is 64.691 IF. He was a mediator in commercial cases at the District Court in Warsaw. In 2002, he was one of the founding members of the Center for Information and Organization of Public Finance Research and Tax Law of Central and Eastern European Countries - Association at the Faculty of Law of the University of Bialystok. In the years 2011-2012 he was the secretary of the Audit Committee, and in the years 2012-2019 the Secretary of the Management Board of the Center. He also belongs to the Drohiczyn Scientific Society.